Skip to content
The Corozal Sustainable Future Initiative is a leading NGO active in the long-term conservation of the lowland seasonal forests of northeastern Belize. CFSI’ flagship project is the Shipstern Conservation and Management Area near the village of Sarteneja, a protected area covering about 21,500 acres of a vast mosaic of sometimes very rare habitats.

Click here to visit Shipstern.
In 2013, CSFI signed a co-management agreement with the Government of Belize for the Honey Camp National Park, as well as a long term concession and co-management agreement for the neighbouring Freshwater Creek Forest Reserve (approx. 29,000 acres). From 2014 to 2016, CSFI has been instrumental in ensuring the integrity of Freshwater Creek, while also initiating in-depth studies of its forest, to understand their current state. High conservation value (HCV) zones have been identified, as well as production forest zones. Stock surveys are carried out on a continuous basis, and after much testing, natural or artificial gaps are now being replanted with valuable timber such as Mahogany. To date, CSFI has produced more than 15’000 trees, of which close to 10’000 have been replanted in the forests of Freshwater Creek FR. Several thousands have also been given as a gift to school, local NGOs, farmers, etc. 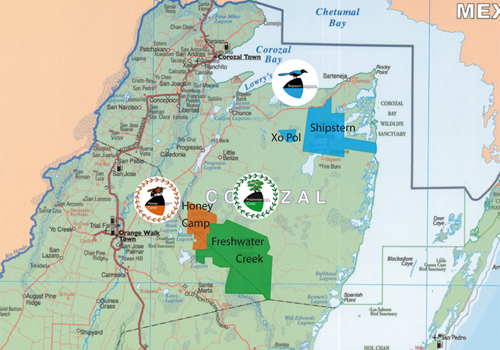 During stock surveys, potential trees, be it as seed-bearing mother trees or as future timber, are regularly freed from competition, making available various forest products. Also, the mapping of the forest reserves now allows for the planning of sustainable harvest of non-timber products such as palm leaves for roof-thatching, and other non-timer decorative materials. 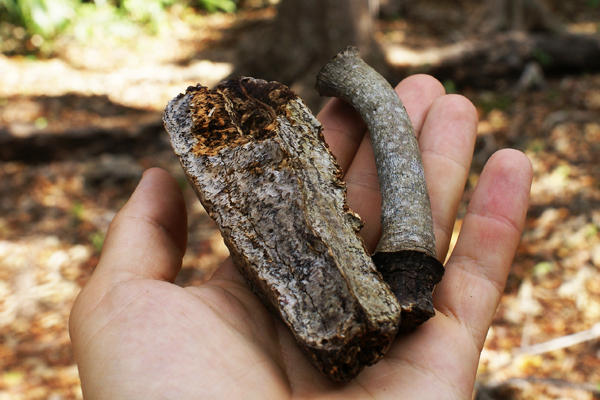 Sustainability is ensured all long the harvesting process.
Hectares were harvesting takes place are pre-identified and mapped, following a clear and recognizable system.
In the case of forest products, such as poles, decorative woods and palm-leaf harvest, the harvest cycle is at least 10 years. 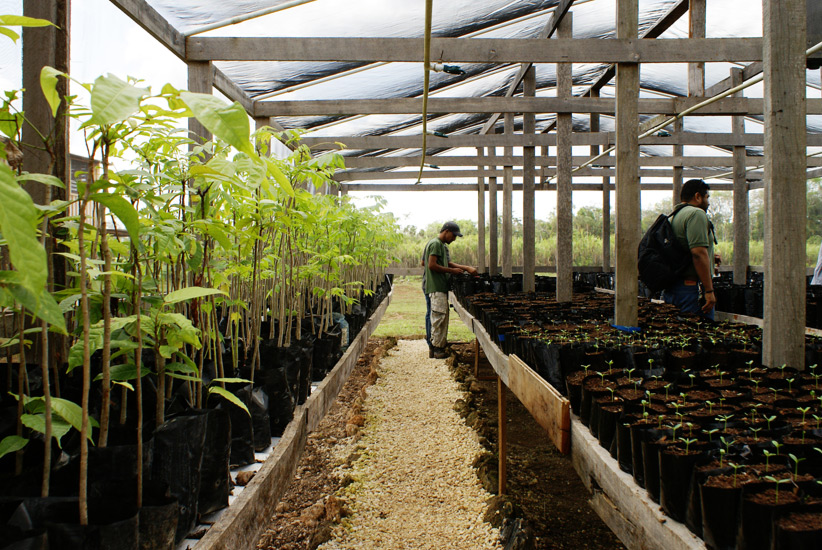 The harvest of palm leaves is done with great care: we make sure that at least two fresh and functional leaves remain on the palm tree and that no damage is done to the central meristem, in order to not exhaust the tree. The same care is applied to other products: whenever harvesting decorative wood or poles, we make sure that any given hectare contains more of these, which are left intact. 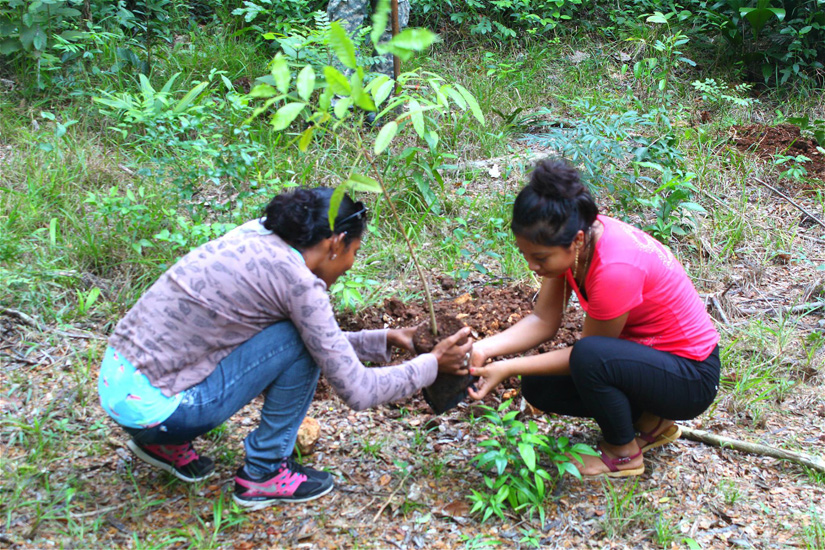 At CSFI, there is one principle that is close to our hearts: we do not harvest if we do not have a customer. Hence, any single order is discussed with our clients, and we are fully transparent all along the process. Any delivery comes with a certificate showing where exactly the products were harvested, to ensure documented harvest rotations.

Our pricing policy follows a clear model. We apply standard market prices “of the day” to which we apply a 25% sustainability fee. This fee helps to cover the actual cost of protecting the forests of Freshwater Creek Forest Reserve (patrols, equipment, signs, survey line maintenance etc.).

It is this fee that will ensure that Freshwater Creek Forest Reserve will continue to exist for future generations to enjoy.

In some cases, CSFI may sub-contract harvests to outside forest contractors, but in close and permanent supervision, and following our strict sustainability guidelines. All contracted and employed labour is legal, and all social benefits are covered. Child labour is strictly forbidden, and we make sure all wages are fair. 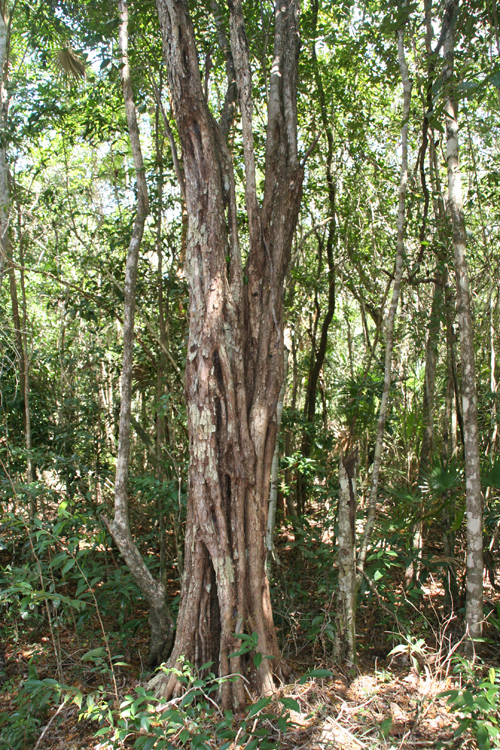 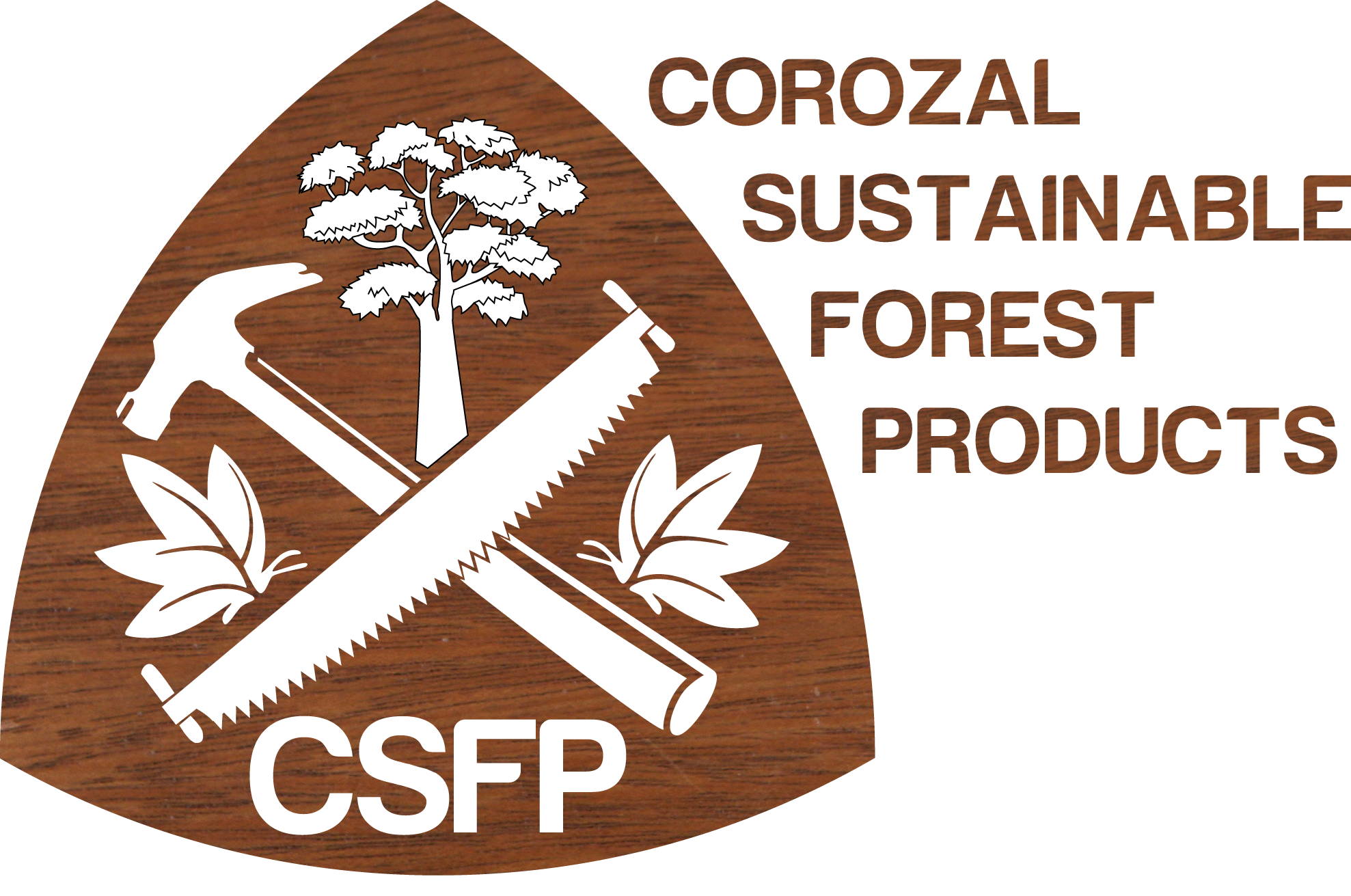 Where to find us

CSFI is a strictly field-based organization. Our offices are based at the headquarters of the Shipstern Conservation & Management Area, 3 miles before Sarteneja.

The headquarters of the Freshwater Creek Forest Reserve are located North of the Village Santa Marta, itself located on the Old Northern Highway. The site comprise a large nursery for the production of hardwood trees, as well as quarters for rangers and forestry teams.
If you would like to get in touch with us and visit, please make contact by phone or email first.